What about George Irvine for a conversation starter?

George Irvine was the person whom first ignited the conversation about the people from our county who volunteered in the Easter Rising of 1916.

Since then, a small band of amateur historians trawled the county and carried out research with local press, military archives, and the volunteer's families, to try to uncover information on these people in order to try to record them for the first time.

What we found were fascinating stories of ten men who travelled different roads to get to Dublin, but found themselves taking part in this epic moment in Irish History, which has had, and continues to have, far reaching consequences, not just on our own shores.

Apart from recording their stories, our hope was that our humble offering would start some conversations. The Easter Rising is often held up as a divisive issue - especially in the six counties in the north eastern part of this island. But in telling the stories of two Fermanagh Volunteers, George Irvine and William Scott, some of those myths and stereotypes are dispelled. 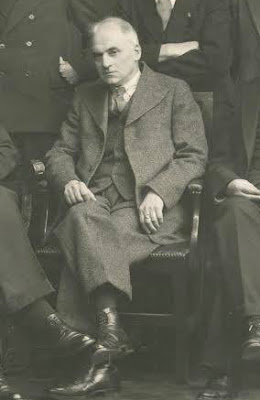 Why all the interest in George? Because his story seems so unlikely to our conditioned minds. It challenges us to rethink what we thought we knew.

A Church of Ireland Republican from Enniskillen who played a leading role both during and after Easter Week in the Irish Volunteers? Now that's an intriguing tale in anybody's book!

Why not read more about him, and the other volunteers in ours?

Posted by Fermanagh 1916 Centenary Association at 10:29