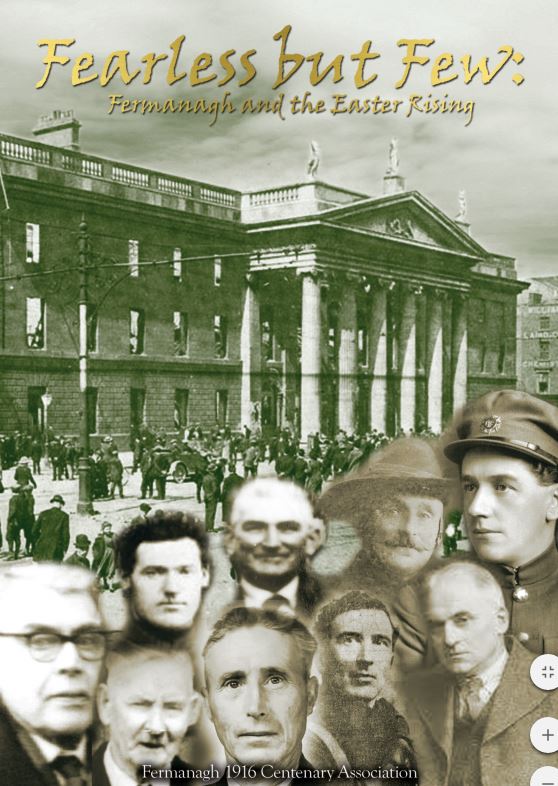 The Fermanagh 1916 Centenary Association were delighted to be able to attend the recent commemoration of William John Scott and the marking of his final resting place at Harold’s Cross in Dublin. 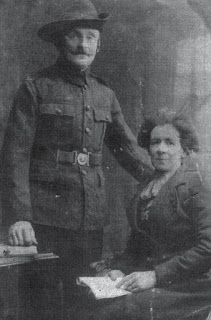 Fighting for a socialist republic.

William Scott played an active part in the foundation of the Irish Republican Socialist Party and took part in the Easter Rising as part of the Citizen Army, fighting under Constance Markievicz and Michael Mallin in St Stephen’s Green.

William may seem a quite unlikely participant in the events of Easter Week, 1916, coming as he did from Church of Ireland protestant background and later joining the Plymouth Brethren.

However, he was a bricklayer and a strong trade unionist, being part of the Bricklayer’s Union and was living in the tenements of Dublin experiencing daily the inequalities in society.  We can assume, given his involvement in the Irish Republican Socialist Party along with James Connolly; William was driven by a desire to improve worker’s rights for all members of society. 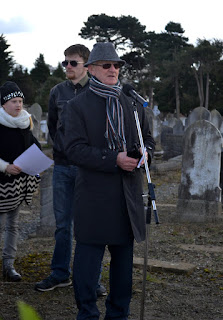 There was great attendance at the 5th March event, with 30 people travelling from William’s native county Fermanagh, and his grandchildren and their families as well as members of the wider community.

Liam Scott, William’s grandson, gave a beautiful graveside oration and spoke about what inspired the men and women of 1916 and what continues to inspire men and women 100 years on.

The great-grandchildren of William Scott shared in the reading of the Proclamation. 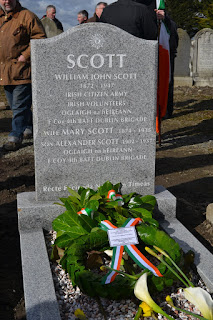 Daffodils were laid on the grave by William’s great-grandchildren as the first flowers of spring, early rising and a symbol of youth and hope for the future.

Four roses were laid by William’s grandchildren a symbol for socialism and the labour party cause and also to signify the four provinces of Ireland.

Several lilies were then laid on the resting place as a symbol of the Easter Rising and also for Mother’s Day and International Women’s Day – a tribute to William’s wife Mary, a native of Glangevlin, who had played a strong role supporting William.

Finally, two laurel wreaths were laid; one by William’s grandson, Alan Scott and one by the Fermanagh 1916 Centenary Association as a mark of respect of the conviction that William Scott had in striking a blow for Irish freedom. 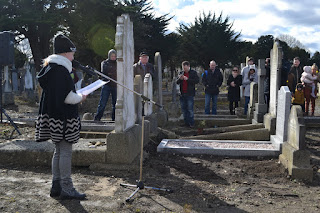 It was a wonderful day and a gift to the younger members of the family who will have this day to remember. They can take pride in the part that their relative played in this momentous time in Irish history. They are his legacy. 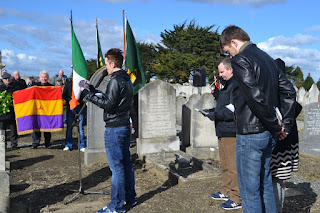 In Fermanagh, we are certainly proud of William and his family who will ensure that his story of bravery is not forgotten. 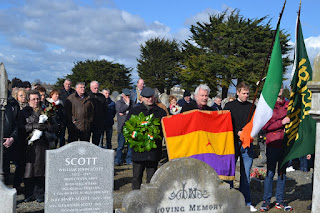 We also remember William's son, Bill (Willoughby) who is believed to have been the first Irishman to have travelled to Spain to fight alongside the rebels against Franco in the Spanish Civil War and fought bravely in the Connolly Column of the 15th International Brigade. 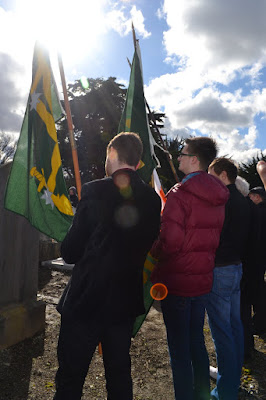 A piece by 'Echoes of 1916 covering the commemoration on William Scott showing Fran & Liam Scott with a copy of 'Fearless but Few: Fermanagh & the Easter Rising' which includes William's story. 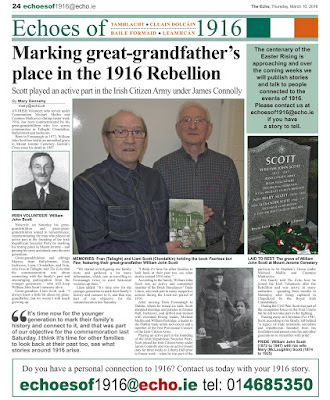 Wherever you are in the world - get your copy of the book here!

Posted by Fermanagh 1916 Centenary Association at 15:36